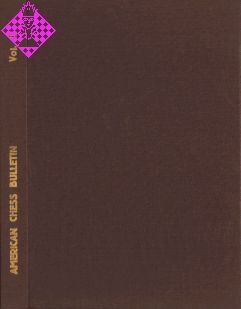 Particularly notable for its reporting of Pillsbury's last days. Four pages after Pillsbury's upbeat message "I am very much alive!" comes the sad news of his demise and a shocked obitury. Elsewhere: the Ostend Rice Gambit Tourney, the first American Women's Congress and the San Francisco earthquake.