The store will not work correctly in the case when cookies are disabled.
Artikelnummer
LZACBV06
Autor
Hartwig CasselHermann Helms 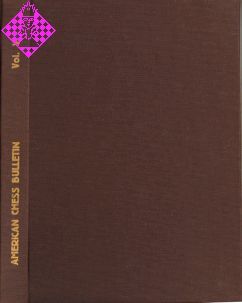 The St. Petersburg tournament, won by Lasker and Rubinstein, gets thorough coverage with notes to games by leading players. In the match between Capablanca and Marshall, won by the Cuban 8-1 with 14 draws, much comment is passed about the number of draws and Marshall's defensive tactics after going 7-1 down early on. Capablanca also found time to play a Rice Chess Club "rapid transit" tournament of five seconds per move, winning with 18/19.