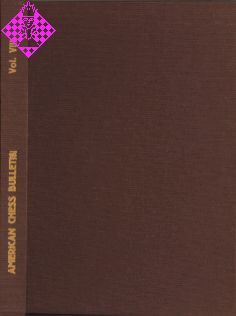 The year 1911 sees the great international tournaments at San Sebastian and Carlsbad, as well as the 13th and last in the series of Anglo-American cable matches (Great Britain won 6-4 and were to hold the Sir George Newnes trophy permanently at the City of London Chess Club). In a less than completely serious commentary on these matches, Emanuel Lasker complains of declining standards in English - speaking countries. His irony is lost on some readers, and a lively correspondence under the title "The doctor and the birch ensues".