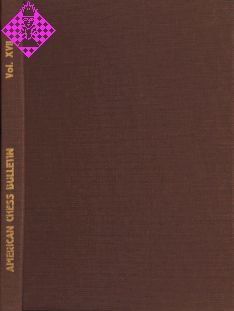 Lasker resigns his title to capablanca without a match and eight-year-old wunderkind Sammy Reshevsky makes a big impression on his first visit to New York. 212pp.