The store will not work correctly in the case when cookies are disabled.
Artikelnummer
LEKERPCE
Autor
Paul Keres 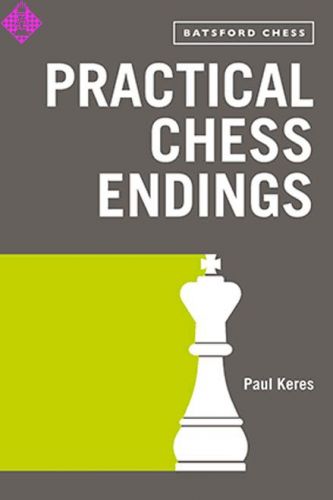 An essential practical book, for all chess players, from one of the world’s greatest grandmasters. Rather than attempting to cover every theoretical possible endgame position, Paul Keres deals with the basic types of position into which all other endgames will eventually be resolved. He examines these in great detail and, in so doing, reveals the fundamental principles of the endgame and the main ideas for each player.

It is not by memorising moves but by understanding the basic positions that a player, of whatever rating, will most improve his endgame play. For this reason, Keres does not simply point out the best move; rather he explains the positions in such a way that the reader’s understanding will lead, almost automatically, to the best move.

Paul Keres (1916 – 1975) was an Estonian chess grandmaster and chess writer. He was among the world’s top players from the mid-1930s to the mid-1960s and runner-up in the Candidates’ Tournament on four consecutive occasions. Many chess historians consider Keres one of the greatest players in history, and the strongest player never to become world champion.