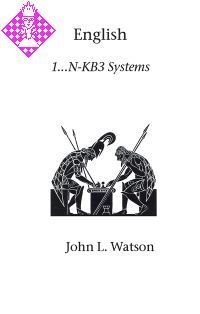 An authoritative series: John Watson's systematic coverage of all variations of the English Opening. U.S. International Master John Watson's classic work on the English Opening is still the only comprehensive trea tment of this dependable opening, one which has always had a large following among the world 's best players. Some of the finest games of modern chess, both positional and tactical, have begun with 1 P-QB4. By virtue of its extraordinary flexibility, the English can lead to unique and original positions at an early stage of the game. Volume 2 deals with a11 variations after 1 P-QB4 N-KB3 in which Black refrains from playing ... P-K4 or ... P-QB4 early on. In most books on the English, authors have ignored or only briefly discussed lines related to the Grünfeld and King's Indian Defences; but here Watson sets out this material at great length. Popular systems involving the move ... P-K3 are deeply researched and analysed, including the 'Queen's English', 'Nimzo-English', and Mikenas-Flohr Attack. Understanding the ideas behind these variations is essential for club and tournament players who wish to play the English or have to meet it with Black. Watson's aim throughout has been to provide a practical balance of theory, discussion and examples. With encyclopaedic coverage and many original suggestions, this series gives the reader the ability to und erstand the complexities of the English Opening and to play it with confidence.

International Master John Watson is widely known as a player, author, and

chess trainer. His books have won numerous awards including Book-of-the-

106 Index of Variations and Transpositions