The store will not work correctly in the case when cookies are disabled.
Artikelnummer
LOBURCOTFK
Autor
Graham Burgess

100 Amazing Ways to Win in the Opening 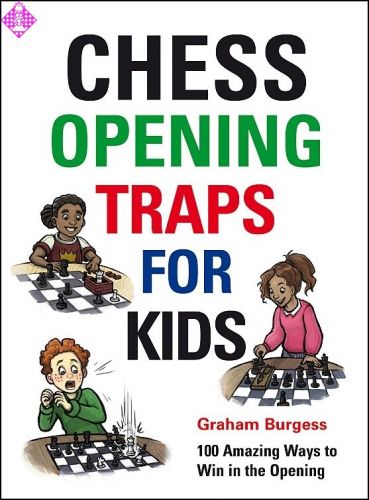 Chess becomes fun when we learn how to survive the opening and stop falling into our opponents’ cheap tactical tricks.

And that’s what this book is about! By understanding opening play and how to exploit tactical ideas, we turn the tables on our opponents. Now they will be the ones getting outmanoeuvred, tricked, trapped and pushed off the board!

Chess Opening Traps for Kids is a serious course on how to play the opening, illustrated with memorable and entertaining examples. By focusing on 100 key themes, Graham Burgess explains how to use opening tricks to our advantage. Every opening features hidden dangers for both players, so we need to avoid pitfalls while making full use of tactics to achieve the opening goals of purposeful development and central control.

Most of the 100 sections feature a basic example followed by a more complex one. Some of the traps have claimed grandmaster victims, while others are more likely to arise in junior chess. Either way, the aim is to learn the theme so well that you can use it when similar opportunities arise in your own games. A series of exercises at the end of the book allows you to check that you have grasped the main points. Throughout the book there are tips on how to spot tactics in advance and advice on opening strategy.

Award-winning author Graham Burgess has written 25 chess books, ranging from general guides to works on specific openings. He is a FIDE Master and a former champion of the Danish region of Funen. In 1994 he set a world record for marathon blitz chess playing.