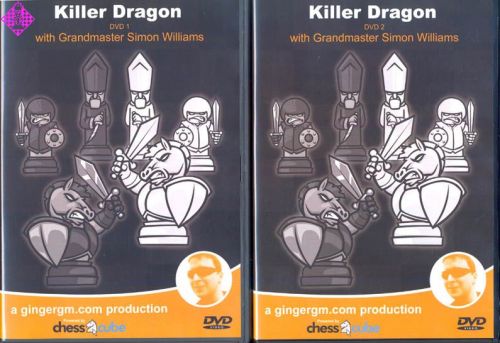 The first DVD in this two-part series focuses mainly on the sharpest lines of the Dragon Variation, namely the Yugoslav Attack. However, alternative lines are also given for those players wishing to shy away from the reams of theory associated with this opening.

The second DVD in this two-part series focuses on the Dragadorf variation whereby never seen before ideas are presented. The classical lines of the Dragon are also explored.