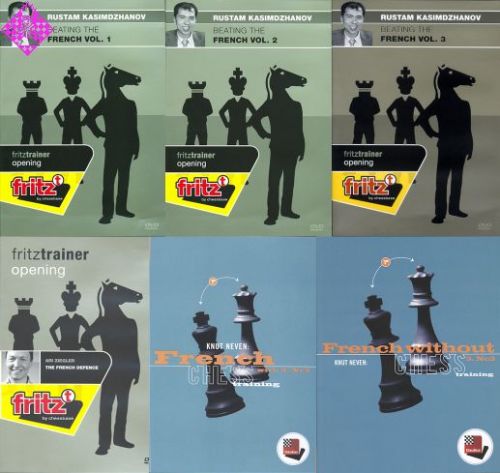 You do not play the French Defense because you need an opening against 1.e4 - you play it because you are a believer. The French is more of a religion than an opening. Its followers defend their ideas out of a deep-seated conviction and are (rightly) not afraid to employ their defense again and again.

The name "French Defense" came into use after a city match between London and Paris in 1834, in which the French employed this defense a couple of times. The initial idea was to prevent the attacking possibility Bc4xf7, which had been rather popular in this romantic period of chess once and for all. More than a century later, there would have been a good reason to call the opening "German Defense" because in the second part of the 20th century the set-up 1.e4 e6 2.d4 d5 played a prominent role in the repertoire of most German top players - on both sides of the inner German border: Wolfgang Uhlmann, Rainer Knaak, Thomas Luther, Stefan Kindermann, Gerald Hertneck, Eric Lobron and of course Robert Hübner all played it. Today the Rubinstein variation of the French Defense is one of the main weapons of Georg Meier. Many other world class players and virtually all current top players employ or employed the French Defense regularly, e.g. Mikhail Botvinnik, Viktor Kortschnoi, Nigel Short, Vladimir Akopian, Evgeny Bareev Alexei Shirov, Vassily Ivanchuk, Boris Gelfand, Ruslan Ponomariov, Teimor Radjabov, Viswanathan Anand, Vladimir Kramnik, Alexander Morozevich, Alexander Grischuk and many, many more.

One of the big advantages of the French Defense is the fact that it is not easy to crack. Thus, the French proved to be a reliable weapon for Viktor Kortschnoi in his candidate matches against Boris Spassky or Anatoly Karpov. Moreover, the French defense does not require a daily theoretical update. The evaluation of certain lines changes - if at all - rather slowly. About some lines, e.g. the highly complex Winawer variation, theory still has to reach a final verdict. The opening offers chances for both sides, sometimes in entirely unclear positions and in the end the better player or the player who knows the structure better will win.

Another reason why French is so popular is the fact that Black can influence the structure of the game - and thus finds it easier to focus on his favorite structures. However, the French still offers a suitable system for every style and temperament, because the Winawer (1.e4 e5 2.d4 d5 3.Nc3 Bb4), the Classical Variation (1.e4 e5 2.d4 d5 3.Nc3 Nf6) and the Rubinstein variation (1.e4 e5 2.d4 d5 3.Nc3 (Nd2) dxe4) or the various answers to the Tarrasch variation (3.Nd2) lead to rather different positions. And those who prefer strategic play, where calculating is not that important because of the closed nature of the positions, may score many a point with the French.

For the player with the black pieces, who knows the structures and plans, the French Defense always offers a safe harbor, for the player with the white pieces, who wants to open with 1.e4, the French is a particular challenge. Usually, those who play 1.e4 tend to strive for tactical, open play, but to reach such positions is not that easy against the French. Moreover, in a lot of lines Black can spring a number of strategic and tactical traps he is well aware of, but which do not make White's life easier. To successfully play against the well prepared French aficionado requires good knowledge of the ideas.

In our summer package "French Connection" we offer a comprehensive course in the French Defense:

More than 15 hours of video lessons with

In a particularly comprehensive course Ari Ziegler presents all parts of the French Defense. The Swedish International Master knows the opening from both sides because he played it with Black and White and presents the lines from both perspectives. No less than 27 chapters with a playing time of almost 7 hours show how thoroughly this opening in all its ramifications is presented here.

Rustam Kasimdzhanov also played the French Defense with both colors. However, in his DVD-series "Beating the French" he offers White advice how to successfully tackle the main systems of the French. For a start the FIDE-World Champion of 2004 surveys - beginning with the recommended move 3.Nc3 - the lines White has to reckon with and after that he uses illustrative games to explain how players with White have successfully and in exemplary fashion employed the recommended lines and plans. If you play the French with Black these lectures are also worth viewing to get to know and avoid possible danger.

Rustam Kasimdzhanov: Beating the French (I)

The FIDE-World Champion shows both main systems against the Winawer variation, the quiet 7.Nf3 and the aggressive 7.Qg4, which often leads to forced lines

Against the Classical System Kasimdzhanov recommends 4.e5, after which Black later has a variety of plans to choose from.

In the Rubinstein variation Black strives for quick development while having a solid position. Rustam Kasimdzhanov shows how White can make his space advantage felt.

In these two volumes the Canadian correspondence player Knut Neven provides the theoretical foundation for playing the French Defense. Those who watched the videos of Ari Ziegler and Rustam Kasimdzhanov and still have questions, will find ample information about the various variations.

This volume deals with the Winawer, the Classical System and the Rubinstein variation