The store will not work correctly in the case when cookies are disabled.
Artikelnummer
LXPHIC60YOWCAF
Autor
Alan Phillips

Chess: 60 Years on with Caissa and Friends 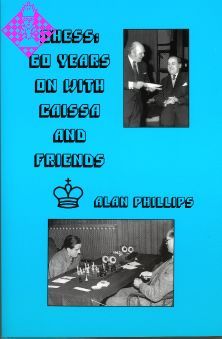 British master Alan Phillips has enjoyed chess competition for most of his adult life and though always remaining an amateur player, he scored fine wins against many of his illustrious con­temporaries. High points of his chess career include joint victory in the British Championship of 1954 and a place on the England team at the Moscow Chess Olympiad two years later.

Here he presents a collection of over one hundred of his favorite games, replete with sparkling tactics, and taken from the period 1946-1999.

In this exciting anthology are to be found all major chess openings: romantic gambits, the well-founded Ruy Lopez, the sharp Sicilian and King's Indian Defense and King's Indian Reversed at which the author was a true connoisseur.

Two books in one! A best games collection and a showcase of British chess at its best.