The store will not work correctly in the case when cookies are disabled.
Artikelnummer
LXGOLFGGOMC
Autor
Harry Golombek

A selection of games from 1900 - 1940
Eigenschaften
Vergriffen 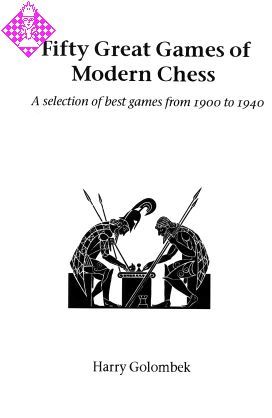