The store will not work correctly in the case when cookies are disabled.
Artikelnummer
LXWOOWCCTS1953
Autor
B.H. Wood 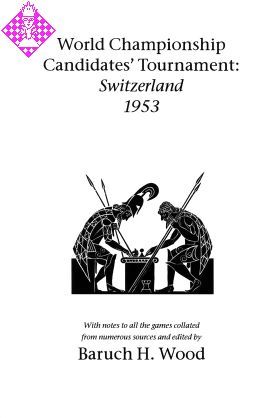 Vassily Smyslov is one of the greats of chess and this tournament victory is one of the greatest ever chess sporting performances. Facing a field which included such titans as Keres, Bronstein, Reshevsky and Petrosian, Smyslov shattered the oppposition and thus secured for himself the sole qualifying slot to face the great Botvinnik in a match for the world title.

Written by eye witness chess journalist Barry Wood, Member of the English Olympiad team, Chess Correspondent for the Daily Telegraph and for many years Editor-in-chief of Chess Magazine.