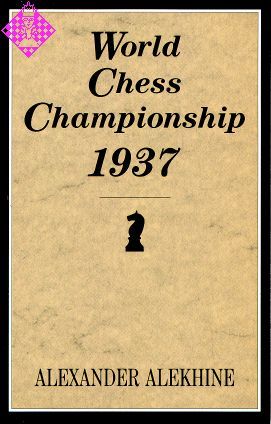 'Alekhine's games and writings exerted a great influence on me from a very early age ... I fell in love with the rich complexity of his ideas at the chessboard.' Gary Kasparov

In 1927 Alexander Alekhine had astonished the chess world with his World Chess Championship victory over the near-invincible Cuban José Capablanca. Ten years later Alekhine faced another difficult battle against the Dutchman Max Euwe, to whom he had surprisingly lost the world title only two years before. Here is Alekhine's own classic account of the match, with comprehensive game annotations from both combatants.

Alexander Alekhine was undoubtedly one of the greatest chess players of all time. His bold and original conceptions which resulted in sparkling combinations and crushing sacrifices have influenced generations of players, not least the current World Champion, Gary Kasparov, who has acknowledged a great debt to Alekhine's style. His bequest to the chess world lies not only in the brilliant games which have been passed down but also in his outstanding contributions to chess literature of which this book is an important part.

- List of results of all games between Dr. Alekhine and Dr. Euwe to date

- Course of the match

- Conditions of the match

- The theoretical results of the match

- Index to the openings