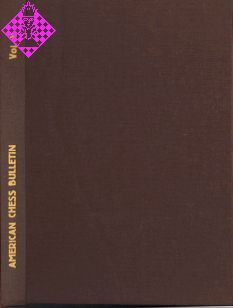 Includes a classic report on the Lasker-Tarrasch match (Tarrasch said, "I have only two words for Herr Lasker - check and mate!" but he forgot "I resign"), plans for a simul tour by the young Capablanca and an account of the British Championship won by H.E. Atkins in Turnbridge Wells.