The store will not work correctly in the case when cookies are disabled.
Artikelnummer
LXEALCC
Autor
Richard Eales 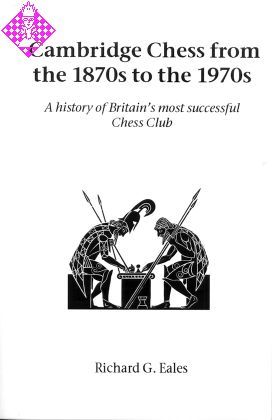 The Cambridge University Chess Club contributed a vast amount to what later became known as the English Chess Explosion. The club attracted players such as Ray Keene, Michael Stean and Jonathan Mestel, all of whom went on to become Grandmasters, as well as experts such as William Hartston, Howard Williams (many times Champion of Wales) and Eales himself. This concentration of chessboard power led to an unprecedented number of victories in UK team championships and a distinct school of thought which left an indelible imprint on the future British template for global success.

The author of 'Chess - The History of a Game Richard Eales has played chess for England and once tied for second prize in the British championship. He is a noted historian in his own right and has been Head of History at the University of Kent in Canterbury.