The store will not work correctly in the case when cookies are disabled.
Artikelnummer
LMMIRCQC
Autor
Slobodan MirkovicJosip Asik 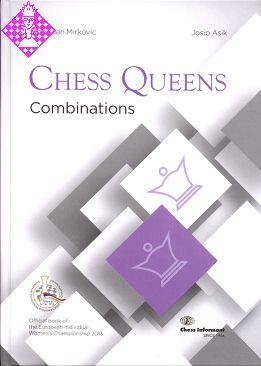 Slobodan Mirkovic (b. 1958) is an IM and a certified chess coach. Among his students were grandmasters-to-be Nikola Sedlak, Milos Perunovic, Bojan Vuckovic and

Andelija Stojanovic. They are currently the most promising chess players of Serbia. Slobodan has systematized the classification of chess combinations that became part of the information system of Chess Informant. He is the author of the well-known education book series Chess School 1-4, which has been translated into numerous languages. He is active in introducing chess to the primary schools, as well as preparing the new, fifth book of his Chess School Manuals.

Josip Asik (b.1969) is an FM and a journalist who covers sporting events for major media outlets, runs chess columns, and was anchor man and editor for the sports

channel of Television Politika. For about 20 years, Josip, a trained sports manager, has also been involved in chess organization and public relations. In his capacity as a chess writer he mainly contributed to the Chess Magazine and Schachmagazin 64. He also co-authored the tournament book Olympiad United, dedicated to the Chess Olympiad in Dresden 2008. Today, he is the director of the Chess Informant Publishing House.