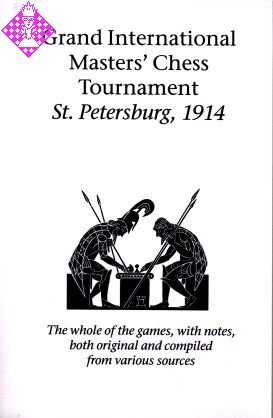 It would be noteworthy even if for no other reason than that the World's Champion, Dr. Emanuel Lasker, took part - the first occasion since the last International Tournament in St. Petersburg in 1909. On that occasion, however he tied for the first place with Akuba K. Rubinstein instead of winning outright, as on this occasion and in 1895.

It is a remarkable circumstance that this time Rubinstein did not even attain so high as fifth place, which would have enabled him to play in the second section for the allocation of the prizes, the more extraordinary in view of his almost unbroken success of late years. The St. Petersburg Chess Society was responsible for the initiation, organization, and conduct of the Tournament, the Tsar himself subscribing 1,000 roubles towards the prize fund.