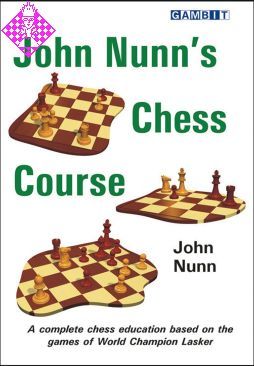 Following on from his successful books Understanding Chess Endgames and Understanding Chess Middlegames , John Nunn fleshes out the theory by showing how World Champion Emanuel Lasker handled a wide variety of practical situations. We see how Lasker’s play, which his opponents found so unfathomable, was based on logic, extreme pragmatism and a deep understanding of how chess-players think.

Emanuel Lasker from Germany - chess player, mathematician and philosopher - held the world title for 27 years, longer than any other champion. His victories against many of the all-time greats were based on an ahead-of-his-time understanding and had a subtle but profound influence on modern chess thinking.

Dr John Nunn is one of the best-respected figures in world chess. He was among the world’s leading grandmasters for nearly twenty years, winning four gold medals in chess Olympiads. He is a much-acclaimed writer, whose works have won ‘Book of the Year’ awards in several countries. In 2004, 2007 and 2010, Nunn was crowned World Chess Solving Champion, ahead of many former champions.

028 Using the Whole Board

182 Making the Most of Your Assets

192 Changing the Character of the Position

197 When You Have No Active Play

228 11: Endgames: Making Something from Nothing

297 Cashing in an Advantage