The store will not work correctly in the case when cookies are disabled.
Artikelnummer
LOKARLTPTQG
Autor
Anatoli KarpovNikolai Kalinitschenko

Learn to Play the Queen's Gambit 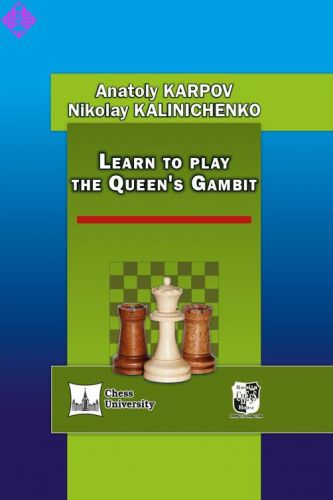 This new book by the many-times world champion Anatoly Karpov and the author of more than fifty books, grandmaster Nikolay Kalinichenko, is devoted to one of the most complicated and strategically deep openings — the Queen’s Gambit Declined.

Using games played by the strongest grandmasters, it describes the interesting ideas which have appeared in the main development systems of this opening. Along with games from recent years, the book presents the most important encounters from the chess heritage. And of course, it includes games by Anatoly Karpov himself — a great expert on the Queen’s Gambit, who generously shares with the reader his unique understanding of the concepts involved.

The book is aimed at strong players, but it will also be of interest to a wide range of chess enthusiasts.

Exchange System with the Development of the Bishop at f4

Rare Variations of the Exchange System