The store will not work correctly in the case when cookies are disabled.
Artikelnummer
LXCLAMTBGOC
Autor
Peter H. Clarke 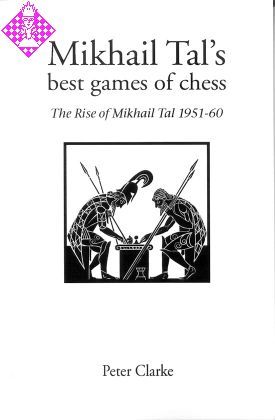 Mikhail Tal took the chess world by storm when he blasted a path through the titans of the global chess board - Fischer, Smyslov, Keres, Petrosian - and seized the crown of the mighty Botvinnik. Tal sacrificed as if there were no tomorrow and the very greatest were humbled and smashed by his whirlwind tactics.

In this book British chess master Peter Clarke takes the Tal story up to his victory in the 1960 world championship, a victory which seemed to herald the death of strategy and the triumph of tactics on the chess board.

001 The Road to the Championship

017 A Word from Mikhail Tal