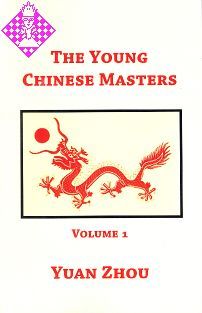 In recent years, young Chinese pros have been astonishing the go world by winning international tournaments in their twenties and even in their teens-and there are a lot of them doing this. Unfortunately, these players are little known by western players. Many westerners would probably recognize the name ofChen Yaoye, born in 1989, who is now in his twenties. He became the youngest 9 dan in history in 2007 as result of being the runner-up in two international tournaments, the LG Cup (losing in the final to Gu Li 9p of China in 2006 when Chen was four,teen) and the

Asian IV Cup the next year (losing to Lee' Sedol 9p of Korea). A very fully cornmented game between Chen and Cho Chikun is in volume 2 of my book Deep Thought. That game is an interesting battle between two solidly territorial players. A significant factor in the rise of this crop of young stars is that, thanks to the Internet, they play an enorrnous number of games. Also, starting as very young players they do not go to normal schools, but spend a lot of time with their teachers and in pro level study.