The store will not work correctly in the case when cookies are disabled.
Artikelnummer
LZACBV01
Autor
Hartwig CasselHermann Helms 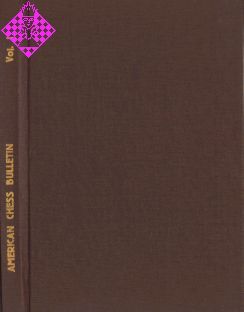 The highlight of the first volume was undoubtedly the report on the famous Cambridge Springs tournament, with the complete games, analysis and background. Amongst the many juicy snippets of information included are the tournament rules forbidding consultation on adjourned games, or even "entering a private room with any of the other players during the intermission". A real eye-opener! Also included is correspondence between Lasker and Marshall concerning a possible world championship match. The chess, prose and reporting is of a generally high standard, and the background details are absorbing.