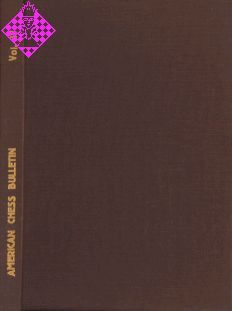 An account of Marshall's whistle-stop US tour gives an insight into the life of a professional player back then, as he sought to raise "stake money" for his unsuccessful match with Lasker. Not all players were so impecunious, as the report on a lavish New York banquet in honour of Professor Rice testifies.