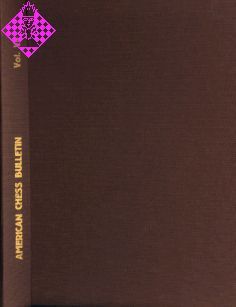 Lasker is in action again, saving his world championship title in the very last game to tie 5-5 with Schlechter. Elsewhere a match between Marshall and Showalter decides the U.S. Championship decisively 8,5-3,5 in Marshall's favour and Capablanca continues to take the American continent by storm. Also reported is the emergence of the other Laskers: Berthold - the champion's brother, a strong player in his own right, and Eduard, from Berlin, who is no relation but soon to make his mark. An analysis of the "Ruy Lopez in recent matches" concludes that Morphy's Defence (3...a6) and in particular the Open variation, as essayed by Schlechter against Lasker, are Black's best defences.