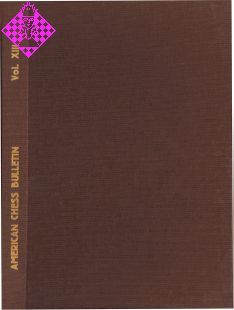 The Americas were clearly under the spell of Capablanca, and his massive victory at New York - a full 3,5 points clear - was at the time when the legendary Cuban was virtually unbeatable. Also featured are Marshallos record - breaking 105 - player simul and a continuing series of Sherlock Holmes chess mysteries, 260pp.