The store will not work correctly in the case when cookies are disabled.
Artikelnummer
LGISHAAD/EG05
Autor
Akira IshidaJames Davies 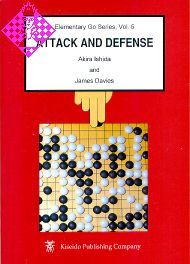 The middle game of go often appears chaotic, but there is order in the chaos, as this book plainly reveals. The result of a joint effort by a tournament-winning Japanese professional player and an experienced American go writer, it lays down a few clear principles, then goes through a wealth of applications: examples, problems, and case studies from professional play. The reader emerges with a thorough grasp of how to choose strategy, how to execute dual-purpose attacks, how to defend with contact plays, how to force his opponent into submission or cooperation, how to invade and reduce territorial frameworks, and when to fight a ko. This is knowledge that no player can afford to be without.