Go books in the Western World 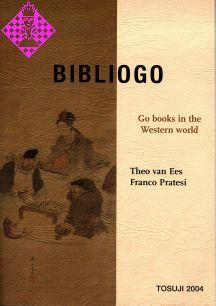 The game of go is a wonderful board game. It developed more then 2000 years ago as weiqi in China, migrated to Japan around 700 AD where the game reached a very high standard and recently is also very, very popular in Korea, where it is called baduk.

In the Western world it is only played for 125 years, but in those years many avid players have tried and are trying to popularise the game. Their efforts were, though not immediatly succesful, not in vain. Go is now played in more than 60 countries around the world.

This bibliography gives an overview of all the go books published in the West or better: written in other languages than Chinese, Japanese and Korean.

Our aim is to provide a basic tool to anybody involved in research on the history and bibliography of go in the Western world and for the serious collector.