The store will not work correctly in the case when cookies are disabled.
Artikelnummer
LXHORTLCG
Autor
Ralph Hornberger

or How To Be A Winner
Eigenschaften
Restbestand 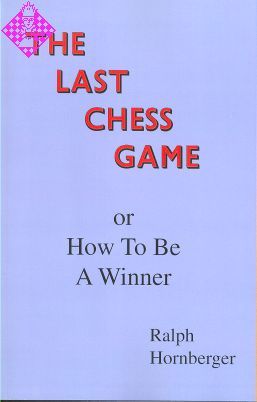 Down through the years I have played many chess games. These games were of quite a variety - 'friendly' games with one opponent, games which were played as a member of a team, tournament games, correspondence games, "speed" games, exhibition games (simultaneous), etc. One thing common to all of these games, with a very few exceptions - they were all completed.

The game played in "The Last Chess Game" is also completed. However, the overriding theme throughout the game is that of the possibility that the game might not be completed. Moreover, that possibility supposes that BOTH players would be affected alike. The explanation of this phenomenon embraces Biblical revelation. As a result, "The Last Chess Game" is a fictional game which allegorizes the vicissitudes or life, and is built upon God's salvation plan. Thus, the subtitle, "How To Be A Winner", reveals the way God enables us to be victorious in both life and death. Besides having the pleasure of vicariously being the players of the game, the reader is also brought to weigh the great truths of the Bible. The purpose of my writing goes beyond entertaining; there is an inherent theological goal. Encapsulated is the gospel of God's grace.

Beyond the annotated notes of the game, plus the 54 moves of the game given in both standard and algebraic notation, are two stories of chess. These two stories, "The Old Chess Master" and "No Escape From Chess" were written in past years by two chess students of mine. They wrote for extra credit, and merited a very worthy final grade.

Please, arrange your easy chair, and settle into it for a pleasurable evening of reading.