The store will not work correctly in the case when cookies are disabled.
Artikelnummer
LGSATPTDOP
Autor
Kobayashi Satoru

Perceiving the Direction of Play 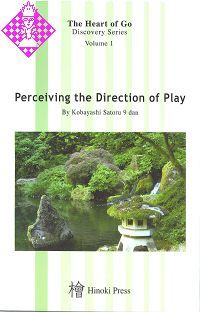 Determining the direction of play is a critical component of the game of go. If one does not understand the key factors that affect the upcoming flow of play one can easily flounder in the variations that develop. It can turn into a nightmare for beginners and experts alike.

Kobayashi Satoru 9 dan is a former Kisei titleholder and an acknowledged master of positional play. He presents situa­tions for the reader to analyze and then breaks down the relevant components to explain matters in an easily under­stood manner.

All of the positions are taken from actual games. In Chapter 1 he uses those of the earliest Japanese masters to illustrate the fundamentals of finding the direction of play while offering a fascinating account of the evolution of the art and how those players in the 16th century groped to come up with lucid theories about it. In subsequent chapters Kobayashi 9 dan uses his own games as examples for Problem Positions to examine the direction of play in joseki, the fuseki (opening) and in fighting.

010 Thinking About the Direction of Play of the Stones

040 The Direction of Joseki

102 The Direction of Fuseki (the Opening)

164 The Direction of Fighting