The store will not work correctly in the case when cookies are disabled.
Artikelnummer
LORIZMCORFW
Autor
James Rizzitano 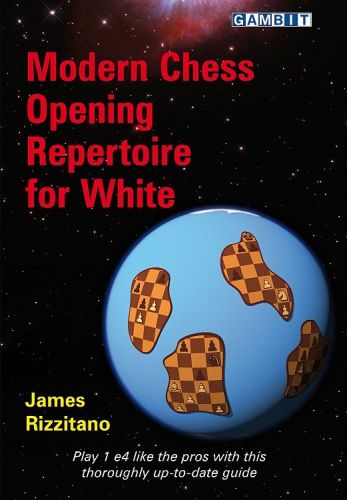 James Rizzitano’s goal in this book is to provide you with a one-volume, theoretically sound, dynamic opening repertoire beginning with 1 e4.

Studying the choices of the current top players, he identifies these secrets of their success:

His choice of lines to recommend is based on these principles, and supported by detailed work with the current top computer engines. While serious work on chess openings confirms the basic truth that White can’t simply force a large advantage from the start position, we can greatly narrow Black’s path to safety, and tilt the practical struggle in our favour. To have a chance of half a point, our opponents will need to solve difficult tactical and strategic problems deep into the middlegame.

The main lines recommended are:

International Master James Rizzitano dominated New England chess from 1976 to 1989, winning 157 of 336 events in which he competed. His career highlights include victories over Alburt, Benjamin, Benko, Christiansen, Dlugy, I.Gurevich, and Wolff. In more recent years Rizzitano made a return to competitive chess, and has written five books for Gambit, including How to Beat 1 d4 and Play the Najdorf Sicilian .