The store will not work correctly in the case when cookies are disabled.
Artikelnummer
LXMISTYCG
Autor
Abhimanyu Mishra

The Youngest Chess Grandmaster in the World 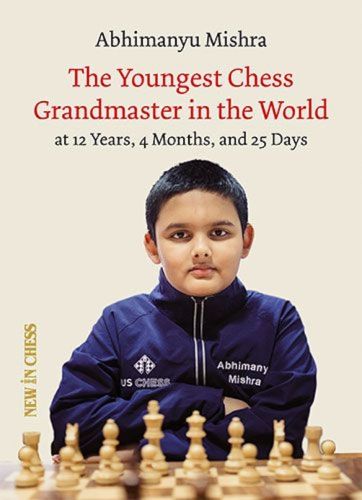 In this revealing self-portrait of Abhimanyu Mishra, he tells the story of a highly ambitious family project. Supported by his father, mother and sister, Abhi sets out to beat a nineteen-year-old world record. He wants to become the Youngest Chess Grandmaster in the World.

In June 2021, at the height of the Covid pandemic, he succeeds against all odds.

In this book, he explains the extraordinary training methods of his father, who not only helped Abhi develop his talents and fighting spirit but also selected his professional chess coaches to constantly improve his skills. Together they travelled from New Jersey to Budapest, Hungary, for the last part of the journey – a non-stop barrage of chess games to secure the necessary results.

‘The pressure was immense both for me and my opponent. It was a dead equal game and I decided to sacrifice my Knight for a pawn. It was right at this moment that my opponent gave in to the severe time pressure and ended up making a mistake. After a few moves, GM Leon resigned. I had won the game. I went out and saw Bapu waiting for me. I rushed to him and gave him a big hug. I had become the youngest Grandmaster in the entire world. I had beaten a nineteen-year-old world record. I should have been jumping with excitement, but my heart was so full that I ended up teary-eyed in the arms of my father.’

Abhimanyu Mishra (born February 5, 2009) is an American chess prodigy from New Jersey. On June 30, 2021, he became the youngest grandmaster in the world at the of 12 years 4 months and 25 days, beating a nineteen year old record.

038 Chapter 4) Nothing you cannot win

097 Chapter 6) The many falls before the sprint, against all odds

187 Chapter 8) Through the eyes of my mentors