The store will not work correctly in the case when cookies are disabled.
Artikelnummer
LOHANCAT02D4D5
Autor
Carsten Hansen 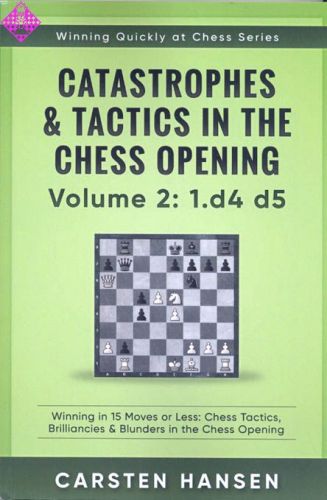 Everybody wants to win fast, preferably straight out of the chess opening. This book is a collection of games played by top players in which either White or Black wins in 15 moves or less either a result of blunders, an accumulation of mistakes or brilliant chess tactics.

Through the study of the games in this volume, you will improve your opening play, opening repertoire, strategies and tactical ability.

3. Queen’s Gambit - Specialty Lines such as Bf4 and Exchange Variation

6. Queen's Gambit Specialties such as the Albin and the Chigorin