The store will not work correctly in the case when cookies are disabled.
Artikelnummer
LMKARCC02
Autor
Anatoli KarpovAlexander KalininSarhan GulievVladimir Barsky 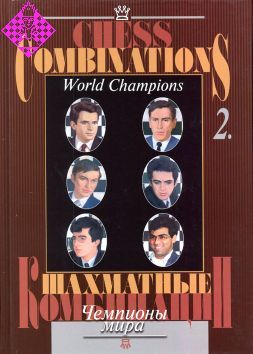 For centuries, combinative storms and the brilliance of paradoxical sacrificial manoeuvres have generated enormous enthusiasm among chess fans. But in recent times the attitude to the very idea of combination has been significantly transformed. Whereas the champions of the past, for example, Alekhine or Tal, would in any position exploit the slightest opportunity for a combination, today's leading players largely use the combination as a subsidiary means of converting accumulated strategic pluses. Since areal combination usually involves a sacrifice, all the top players try in the first instance to calculate its consequences exactly. Thus, the combinations of Robert Fischer were nearly always textbook examples of precise mathematical calculation. The sacrifices of Boris Spassky were staggering in their logical expediency. Garry Kasparov preferred combinations with a minimum of risk, or those where their complexity did not allow the opponent to refute them at the board. Vladmir Kramnik rarely make combinations, and mainly in the concluding stage of a game. In the games of Vishy Anand one encounters very complicated combinations, characterised both by deep calculation, and by subtle penetration into the essence ofthe position.

For me the combination is not an end in itself: figuratively speaking, I respect it rather than love it. At any event, I never employ such a drastic measure, if in so doing I have to 'burn my boats'. The present book is an original work, containing valuable practical material, very interesting from the aesthetic point of view, which can also be successfully used as an instructional aid.