The store will not work correctly in the case when cookies are disabled.
Artikelnummer
LMCITEOCC6
Autor
Chess Informant Team 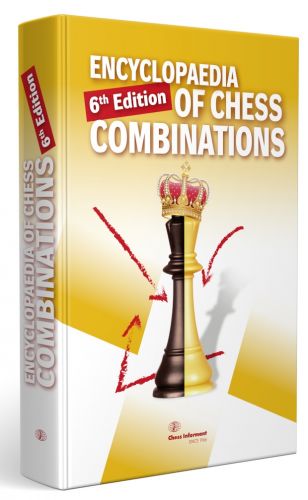 The 1 st edition of the “Encyclopaedia of Middlegames: Combinations” was published in 1980, and ever since it has been a favourite training tool for aspiring chess students, trainers, and of course - professionals. The 6 th edition of our classic (Encyclopaedia of Chess Combinations 6 th edition - ECC 6) contains examples and instructive positions from games played by all World Champions. From Steinitz to Carlsen!

Also, in this edition of the Encyclopaedia we kept the standard division of all the themes and tactical motifs into 10 topics, while all the positions are graded in three levels according to playing strength - basic, intermediate and advanced. Therefore, the book should prove to be extremely useful for chess trainers allowing them to choose the examples and level of difficulty based on their student’s knowledge and progress.

a. Annihilation of defence