The store will not work correctly in the case when cookies are disabled.
Artikelnummer
LXTAIIWAVOBFK
Autor
Mark Taimanow

I was a Victim of Bobby Fischer (pb) 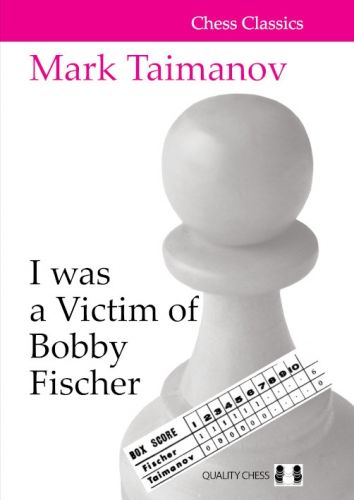 In 1971 Robert James Fischer defeated Mark Taimanov by the sensational score of 6– 0 in Vancouver, but the match games were far more competitive and tension-filled than the final score would suggest. Twenty years later Taimanov put pen to paper, reflecting on the experience. Exactly 50 years after the match, this is the first English translation of Taimanov’s original Russian text.

Taimanov, one of the elite Soviet grandmasters of his time, provides a richly detailed, honest and emotional account of the drama on and off the board. Despite the catastrophic match score, his love for the game of chess is evident throughout. Taimanov also discusses his early acquaintance with Fischer from 1960, including detailed annotations of both of their pre-1971 games, as well as the personal consequences of the match result.

With fascinating additional archive material and analytical contributions from some of the brightest young stars of the American chess scene today, I was a Victim of Bobby Fischer is the ultimate insight into one of the most famous matches in chess history.

Bobby Fischer, as I Knew Him