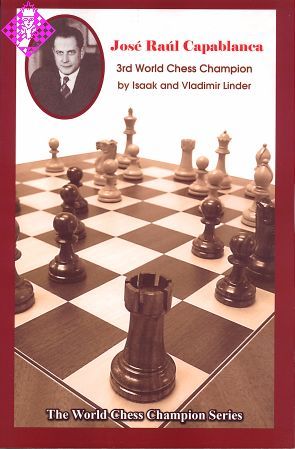 The name of José Raul Capablanca (1888-1942), the third world chess champion, is indelibly inscribed in the annals of chess history. Capablanca's technique, intuition, remarkably quick calculation, and sense for elegant combinations made him the paragon of grandmasters during his lifetime. At the peak of his career Capablanca was almost invincible; each of his losses was regarded as a sensation. His books, articles, and lucid annotations became instant classics.

As a star of the first magnitude, Capablanca continues to influence the world of chess. All the world champions of the late 20th century - Botvinnik, Smyslov, Tal, Petrosian, Spassky, Fischer, Karpov, and Kasparov - have been influenced by Capablanca's original ideas.

Respected Russian chess historians Isaak and Vladimir Linder cover all aspects of the great Cuban world champion's life, from his development as a chess prodigy, to becoming world champion and beyond. Dozens of archival photographs, crosstables and a complete record of Capa's tournament and match results complement the 87 annotated games and fragments, the result being a magnificent tribute to one of the greatest chessplayers of all time.

142 Chapter Four: Match of the Titans

167 Chapter Five: In the Hope of Recovering the Title