The store will not work correctly in the case when cookies are disabled.
Artikelnummer
LXVARPK1
Autor
Egon Varnusz 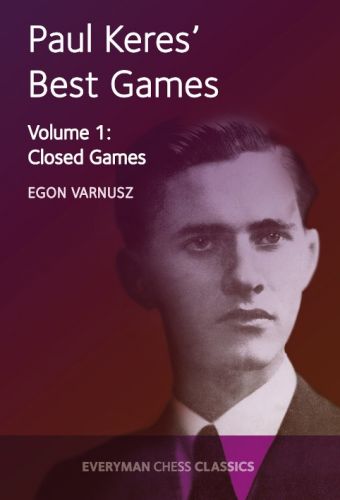 The legendary Estonian player Paul Keres was one of the strongest players never to win the World Chess Championship. The ‘Crown Prince of Chess’ was universally admired for his clear-cut style of play and chivalrous personality. This biography of the three-times Soviet Champion contains a superb selection of 170 annotated games opening 1 d4 and the English/Reti complex. A companion volume, which deals with the open game, is also available for Everyman Chess.