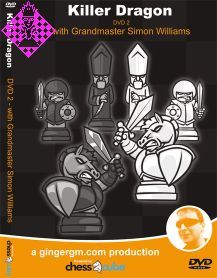 The second DVD in this two part series focuses on the Dragadorf variation whereby never seen before ideas are presented. The classical lines of the Dragon are also explored.