The store will not work correctly in the case when cookies are disabled.
Artikelnummer
LXMARLCWVS
Autor
Mihail Marin

A Quest for Beauty
Eigenschaften
Vergriffen 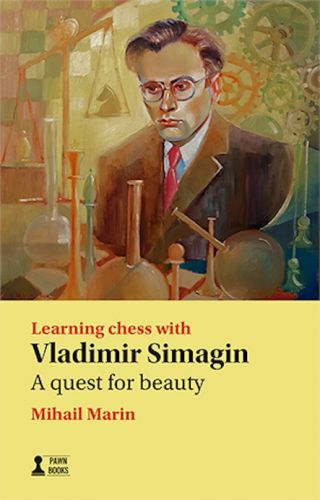 Vladimir Pavlovich Simagin (1919-1968) was a little-known chess player. He was noted not so much for his sporting results — three times Moscow Champion and once Soviet Correspondence Champion— as a theoretician and trainer — he was second to Smyslov when he won the World Chess Championship in 1957.

However, his contribution to chess, often underestimated, should be considered significant. In almost every middlegame manual there are games by Simagin. His games have a singular beauty and elegance.

The book contains a collection of his best games, selected and annotated in fine detail by Grandmaster Mihail Marin, in his usual lively and didactic style.

From “Best games” by Vladimir Simagin

xii From the author

024 Chapter 2. Heading for a Favourable Endgame

071 Chapter 4. My Sicilian Castle for a Knight

163 Chapter 7. The Closed, but not Boring, Sicilian