The store will not work correctly in the case when cookies are disabled.
Artikelnummer
LXFRALBCG
Autor
Zenon Franco 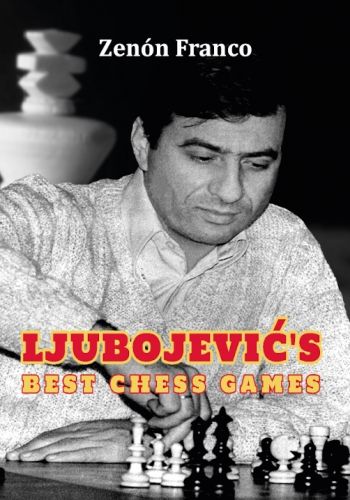 The book consists of forty of his best games, played between 1970 and 2008, annotated in the “Move by Move” format, with questions and exercises, a method which is effective both for training and teaching.

I found strange that there are almost no books about his games, because Ljubojevi\'e6 reached number 3 in the world rankings and he was a potential candidate for the world title.

At the start of his career Ljubojevi\'e6 was notable for his dynamic and original style but his play gradually became more rounded and positionally refined.

It has been a pleasure to study the games of Ljubojevi\'e6 in depth and to write about his style of play, which is so pleasing and original.

006 Structure of the book