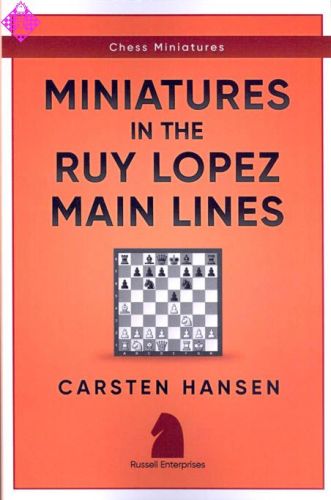 The Ruy Lopez Main Lines, arise (with a few exceptions for move order and such) after 1 e4 e5 2 Nf3 Nc6 3 Bb5 a6 4 Ba4 Nf6 5 0-0. The Ruy Lopez, or Spanish Opening if you like, is one of the oldest openings, named after a Spanish priest who first played it back in the 16th century. It has been played countless times since and remains a popular opening at all levels of play. Some of the lines are incredibly theoretical, but rather than burden you with a ton of theory in lines you will have limited chance of using in your own games, the emphasis is on the lines that are more likely to occur in your games.