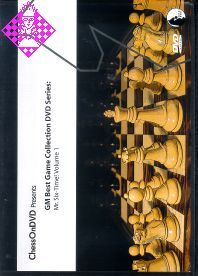 In the first volume of a classic two volume dvd series, Six-Time US Champion GM Walter Browne ("Mr. Six-Time"), with the assistance of GM Ron Henley, discusses and analyzes his best games from some of the six US Championships that he has won. Using brilliant victories against top American players such as Bisguier, Grefe, Byrne, Mednis, and Christiansen (including three great and theoretically important victories with his beloved Sicilian Najdorf), Browne illustrates the preparation, skill, and determination that are required to produce a championship record that has created a modern American chess legend!