The store will not work correctly in the case when cookies are disabled.
Artikelnummer
SRXBROMSTBG2
Autor
Walter BrowneRon Henley 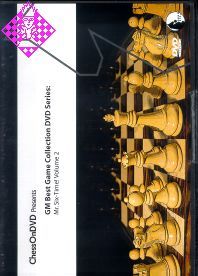 In the second volume of a classic two volume dvd series, Six-Time US Champion GM Walter Browne ("Mr. Six-Time"), with the assistance of GM Ron Henley, discusses and analyzes his best games from some of the six US Championships that he has won. Using brilliant victories against top American players such as Seirawan, Alburt, and Christiansen, the author illustrates the preparation, skill, and determination that are required to produce a championship record that has created a modern American chess legend!