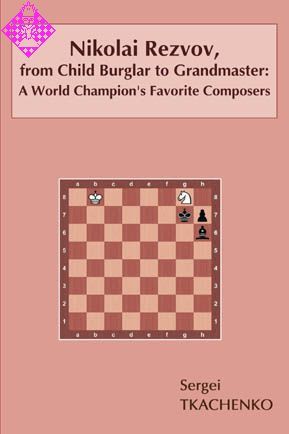 Sergei Tkachenko, a member of the Ukrainian team that won the 5th World Chess Composition Tournament in 1997 and which came second in 2000, 2004, 2013, and 2017, has selected 100 studies and problems by Odessite chess master Nikolai Vasilevich Rezvov (1921– 2013), which will help you to appreciate the splendor and depth of the royal game.

Rezvov lived a long and tragic life: it was at the age of nearly 90 that he was awarded the titles of Ukrainian chess composition grandmaster and FIDE chess composition international master, and his love of chess kept him going through life as a child laborer, WWII solder, prisoner of war and later prisoner in the Soviet Union. His compositions appeared in leading chess magazines such as Chess in the USSR , 64 – Chess Review and The Problemist , and he won many prizes. Several of these compositions were produced jointly with Sergei Tkachenko.

The readers will find these studies and problems highly educational, illustrating many theoretical and combinational ideas that can be used in the readers’ own games. Some of them are simply breathtaking in their beauty and originality.

This is the second book in a series of studies and problems compiled by Sergei Tkachenko, in which each book focuses on a particular composer, published by Elk and Ruby Publishing House.