The store will not work correctly in the case when cookies are disabled.
Artikelnummer
LOKONQCOCO
Autor
Jerzy Konikowski 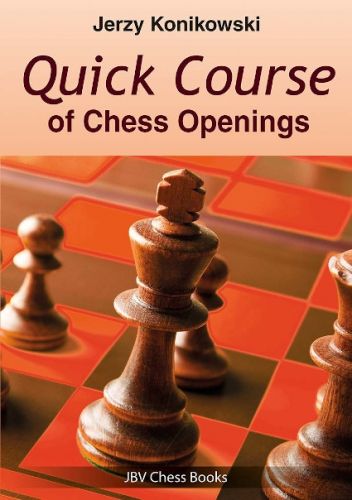 Each section of a chess game - opening, middlegame and endgame - has a special significance. In the case of a material or positional disadvantage at the beginning of the fight, it's not easy to master the middlegame, and mostly there will be no endgame at all. This means that without convincing play in the opening you will not be successful in chess. For this reason, opening books enjoy great popularity. However, since building an individual opening repertoire requires reviewing a lot of material, it makes sense to look for a time-saving approach like the one offered by this quick course.

The author has tried to present all the important openings objectively and without paying particular attention to fashion trends. His work is based on the evaluation of a lot of games from tournament practice, supplemented by many of his own analyzes and those of well-known theorists. It can therefore be assumed that, after studying this book, readers will treat their preferred openings with greater understanding and will be rewarded with corresponding successes.

The author, FIDE Master Jerzy Konikowski, is a recognized trainer and chess theorist. His numerous books and articles have been translated into several languages and published in many countries.