The store will not work correctly in the case when cookies are disabled.
Artikelnummer
SXCAHOUPA2015 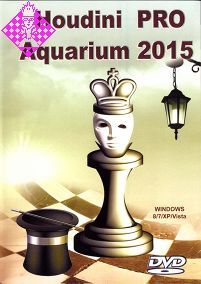 Houdini PRO Aquarium 2015 is a revolutionary analysis, database and chess publishing tool, combined with the world's strongest chess playing engine, Houdini 4 PRO, which supports up to 32 cores and 32 GB of hash.