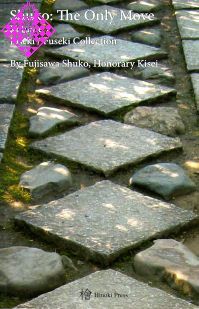 In his long career, Fujisawa Shuko won a place among the elite of the go world lasting several decades. He is revered today as Honorary Kisei, the highest honor bestowed on a professional player. Few players have won as many prestigious go tournaments as he did.

But in addition, he is one of the most impor­tant mentors for younger generations of play­ers who has ever lived. When he was in his prime, he would spend hours analyzing games with the top junior players, passing on precious knowledge that they made use of to carve a place for themselves on the go scene. Shuko Sonsei is now retired, but that mission of mentor­ing youngsters has continued. He even maintains a dormitory attached to his own residence where budding professional players live and study.

This series offers an intimate look at Shuko Sensei's mentoring process. They show how promising players who come from far and wide to study with the master are instructed. The format is one where problem posi­tions are posed to the reader, then, on the following pages the games from which those positions are taken are shown, whereupon Shuko Sensei gives the Only Move. That is typically an off-beat response that the play­ers missed themselves but is essential to take control of the situation.

Innovative moves in the opening are explored in this volume. These are the newest moves in the fuseki or joseki as they are examined by the next generation in the dormitory or played in top competition. Takao Shinji, 10 Dan is one of Shuko Sensei's students who frequently participates in the study sessions. Sakai Hideyuki, an amateur who turned professional and is now playing in the Meijin league and other major tournaments, is one of many others who also seek out Shuko Sensei's masterful advice. The key word here is imagination and Shuko Sensei never tires of repeating that the essential factor in go is to think in creative ways.

80 Problem Positions in the book challenge the reader to match wits with Fujisawa Shuko's students. Then Shuko Sensei himself gives the Only Move as the solution. Few players would disagree that the analysis that follows is a triumph of the imagination.