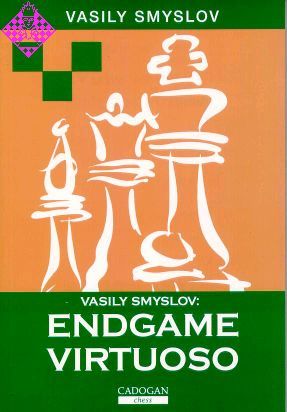 The endgame is a subtle phase of the game many ordinary players would like to improve. In taking the reader through over 150 instructive examples, taken mostly from his own games, Smyslov covers a very broad range of positions - and provides an excellent overall insight into the endgame as a whole. Unlike standard endgame manuals, which concentrate purely on the most basic and technical positions, this book has numerous examples with many pieces on the board - the type of endgame you are in fact most likely to reach. By learning from Smyslov's impeccable technique, readers will improve their own endgame ability - and results!

Grandmaster Vasily Smyslov is renowned for his artistic mastery of the endgame, and his 1957 World Championship victory over Botvinnik can be largely attributed to his unique gifts in this aspect of the game. The winner of innumerable first prizes in international tournaments, Smyslov became, at 61, the oldest player ever to qualify for the World Championship Candidates Matches. Now in his mid-seventies he still participates constantly in international events, with remarkable success.