The store will not work correctly in the case when cookies are disabled.
Artikelnummer
LXKOTHTPEP
Autor
Vassilios Kotronias

How to Play Equal Positions 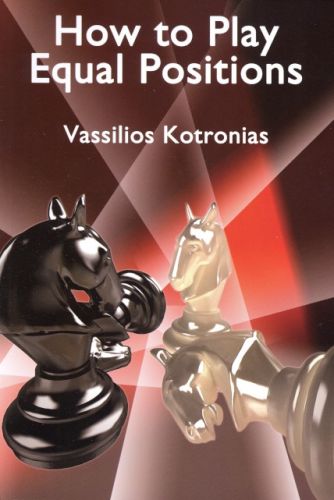 The purpose of this book is to shed some light on the underlying principles that govern “boring” chess positions, bordering on equality. Such positions have gradually become the main dish of nowadays’ chess menu because people have increased their level, their stamina, their desire to grind down wins out of nothing.

The author proposes a clear streamlined method of thinking in dry equal positions without long-term plans. It is based mostly on correct evaluation and categorization of the position, and on move by move play.

The book is not for novices, it assumes that the readers have mastered the basics already and wish to make the next step in their chess development.

006 Handling equal positions without a clear plan. Rules that govern the play

Equal positions with a choice of bailing out or playing on.

052 Common wise sayings. Do they apply to positions where not much is going on

094 "Attack is the best defence” syndrome

145 Fighting the Fear of Exchanges