Dictionary of Basic Tesuji - Vol. I 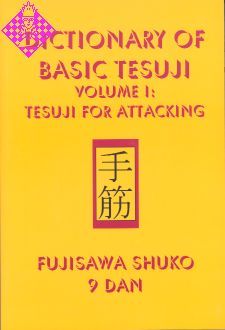 Tesuji are moves that make the most effective use of stones. While they are typically techniques for close-combat fighting, Tesuji play a crucial role in all aspects of the game, from the opening to the endgame . In this famous

dictionary, translated into english in four volumes, Fujisawa provides a thorough and systematic survey of key tesuji, arranging them in accordance with the purpose they serve. This first volume covers Tesuji that are useful for attacking, including things like creating weaknesses, separating, ruining an opponent's shape, creating a ko, and taking away the opponent's base. The other three volumes will deal with Tesuji used in defense, in the opening, in capturing races, and in the endgame. In all these areas, Tesuji are closely involved with fighting, and knowledge of them is essential for becoming stronger. Fujisawa also points out that Tesuji are part of what makes go an elegant and fascinating game and in this way they contribute to the beauty of go.